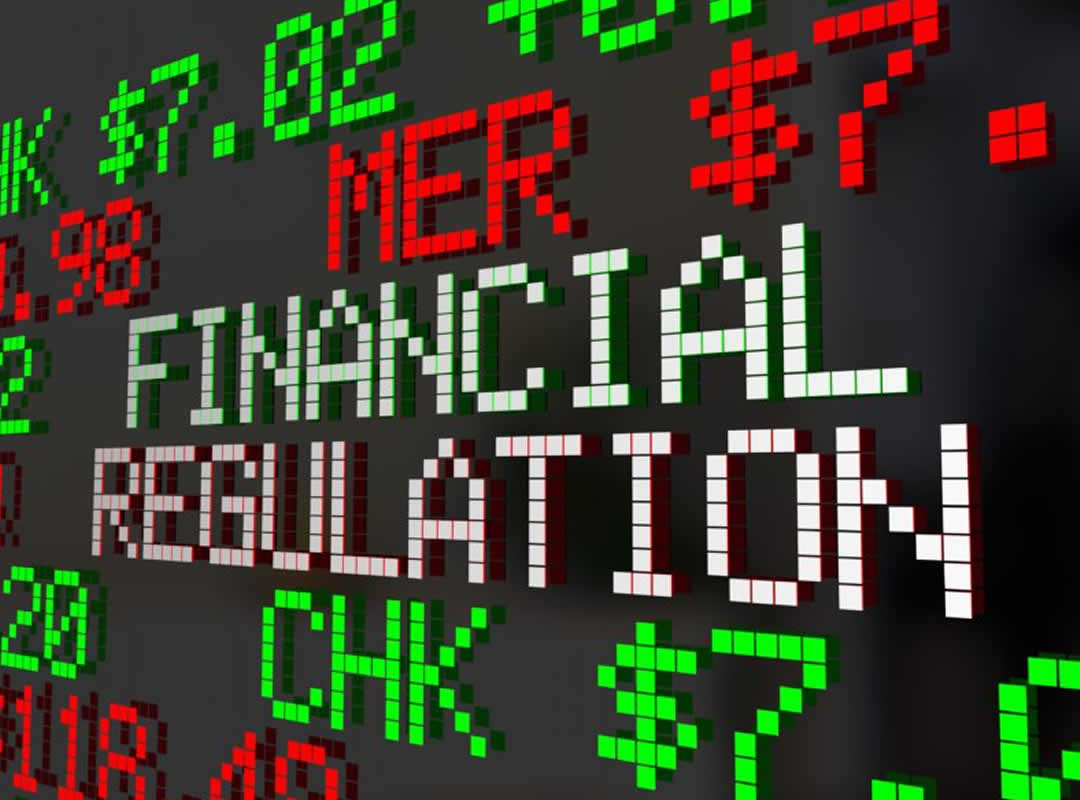 Ghana has experienced challenges within the banking system in the past but nothing close to what has happened in 2017-19. During this period, nine banks have been liquidated at a cost to the public purse in excess of GHC 9 billion. The ripple effects have been felt throughout the economy and are yet to be fully addressed. The debate continues about the remote and proximate causes of the crisis and regulatory failure is frequently cited as the culprit. In this paper, we discuss the financial regulation architecture in Ghana, how it might have contributed to the bank failures and the options for reform.

Globally, there is a wide variety of financial regulation architectures of which we can identify the following prototypes:

At the opposite end of the continuum, there are regulatory systems that are fully integrated under one supervisor that is either the central bank or an independent agency. In Singapore, the Monetary Authority of Singapore which is the central bank regulates the entire financial system. Until 2013, the

U.K. had the Financial Services Authority, a single regulator outside the central bank. Fully integrated regulatory systems are designed to achieve a high level of regulatory coordination.

Under partial integration, the central bank is usually in charge of banking regulation with all other financial services regulated by a single agency outside the central bank. Until 2018, the Reserve Bank of

South Africa regulated banks while the Financial Services Board regulated all other financial services. Mauritius also operates a similar system. The partial integration model is an attempt to improve regulatory coordination while preserving the primacy of the central bank in banking regulation and financial stability.

Many of the regulatory models have emerged from the peculiar circumstances of a country based on country experience, the political system, constitutional provisions and tradition. Since the Global Financial Crisis of 2007-2008, many countries have taken a second look at their regulatory architecture. Many have concluded that the architecture before the crisis did not allow for effective coordination. In addition, the importance of the stability of the financial system and management of systemic risk had not been adequately recognized in pre-crisis regulatory systems. Consequently, there has been a notable increase in the number of countries establishing Financial Stability Councils and moving towards better coordinated regulation.

The financial regulatory system in Ghana is a “silo” system. The BoG regulates banks and special deposit- taking institutions (savings and loan, finance houses, microfinance companies); the Securities and Exchange Commission (SEC) regulates the securities industry and its market operators; the National Insurance Commission (NIC) regulates insurance companies and brokers; the National Pensions Regulatory Authority (NPRA) regulates pensions. The system was not deliberately designed. Indeed, the current regulatory architecture may be considered a historical accident. As each subsector developed a regulatory agency was established to regulate the sector. Relatively little attention was paid to the linkages in the financial sector, thus leaving the regulators to operate relatively independent of each other. However, Ghana ‘s financial system has become much larger with an increasingly wide variety of institutions and financial products and interlinkages between subsectors.

The following developments are instructive:

(to the chagrin of the SEC), issuing deposit liabilities without the need to comply with the capital, liquidity and solvency rules for formal deposit taking.

The weaknesses of regulatory coordination in Ghana were brought to the fore in the recent brouhaha surrounding MenzGold where there was confusion as to whether the BoG or SEC was the regulator responsible for the licensing and supervision of MenzGold. The weak coordination of financial regulation was noted in Ghana’s Financial Sector Strategic Plan (FINSSP II) in 2012. Recommendation 74 of FINSSP II stated as follows:

Recommendation 74: Establish a Financial Services Board comprising the Heads of Bank of Ghana, National Insurance Commission, the Securities and Exchange Commission and the National Pensions Regulatory Authority and chaired by the Minister of Finance to serve as a forum for coordinating regulatory integration and consistency in the financial sector. MOFEP FSD should provide secretariat support.

Unfortunately, the Recommendation was not implemented. In its place, a Regulator’s Forum was

established but it died because of lack of interest by the top hierarches of the regulatory agencies.

The recently established Financial Stability Council is a significant step towards improving regulatory coordination and improved macroprudential management. The composition of the Council indicates that it will provide a high-level view of the financial system as a whole. However, there is still the need for the regulator to have a full view of the market for the purposes of ongoing supervision and market surveillance. In addition, statutory backing for the Council would enhance its legitimacy and institutionalization.

For the above reasons, twin peaks regulation appears to be the most transformative in terms of addressing the weaknesses of the current regulatory architecture. We should bear in mind the benefits of the twin peaks model:

There are variations of the twin peaks models globally. The United Kingdom and South Africa have adopted twin peaks models but have chosen to place the prudential regulation authority under the aegis of the central bank. This is in recognition of the central’s banks overall responsibility for financial soundness and stability. Australia, on the other hand operates a pure twin peaks model with an independent Prudential Regulation Authority. There is of course an extensive conversation to be had before Ghana chooses a new regulatory architecture but there are legal anchors to support the BoG’s primacy in managing overall financial stability and overseeing prudential regulation across the entire financial sector. The first is the constitutional mandate of the BoG  “to promote and maintain the stability of the currency of Ghana and direct and regulate the currency system in the interest of the economic progress of Ghana” (Article 183). Section 4 of the Bank of Ghana Act (2002), Act 612 as amended by Act 918, establishes the functions of the BoG as to “promote economic growth and development and effective and efficient operation of the banking and credit system; and contribute to the promotion and maintenance of financial stability in the country”. In addition, Section 3 of the Banks and Specialized Deposit-Taking Institutions Act (2016), Act 930, affirms the role of the BoG as: “ensuring the soundness and stability of the financial system and the protection of depositors in the country through the regulation and supervision of financial institutions”. Collectively, these mandates affirm the primacy of the BoG in maintaining financial stability and signal the placement of prudential regulation under central bank oversight as in the U.K and South Africa. Such an arrangement would also enable the

system as a whole to benefit from the long-established prudential supervisory capacity of the central bank.

What would twin peaks look like in Ghana? Currently there are four regulatory agencies in the financial sector. The BoG regulates banks and special deposit -taking institutions primarily from a prudential regulation perspective. The Bank has some responsibilities for market conduct regulation although the function is not as prominent. The SEC ’s functions cover both prudential and market conduct regulation of the securities industry. However, prudential regulation is relatively limited since the market activities of securities market operators are mostly fee for service activities and are not balance-sheet sensitive. The NIC maintains a balance of prudential and market conduct regulation. Prudential regulation is important for the insurance industry because of the need to ensure that insurance companies are safe and sound to deliver the benefits they have promised, some of which may be decades away. Market conduct is also key because insurance products are backed by complex contracts between insurer and insured. The NPRA is relatively light on prudential regulation since the services provided by its service providers (trustees, fund managers custodians) are not balance sheet sensitive. The current configuration of regulatory institutions suggests that a twin peaks model can be built around the following organizational changes:

So far, the case for the unification of financial regulation along the twin functions of prudential and market conduct regulation, has been presented in terms of improved regulatory coordination and improved management of systemic risk. However, there is a strong argument to be made for regulatory unification from a cost reduction perspective. Currently we have four regulatory institutions duplicating the administrative structures needed to carry out regulation of their sectors. The lack of economies of scale makes financial regulation costly for the country as a whole. The cost of regulation can be significantly reduced by concentrating the administrative overhead in the Prudential Regulatory Authority and the Market Conduct Authority instead of the current four regulators that we have.

Is Ghana ready to make such a massive transformation of its financial regulatory architecture? Any major change will require strong leadership by government as it will result in the dismantling of long- established institutions and processes as regulation is consolidated. Established institutions will likely resist changes that will undermine privileged positions. South Africa spent six years discussing and refining ideas on transforming from partial integration to a twin peaks system. By contrast, the U.K.’s transformation from a single regulator to a twin peaks system occurred in less than a year. Ghana may not have the luxury of a six-year debate given our short electoral cycle and the likelihood of major policy swings as administrations change. However, it is time to start a conversation on a purposively designed financial regulatory architecture that can face the future with confidence.